iOS vs Android: Factors to Consider Before Starting a Development Project

When building a mobile product, many people think they need to develop their app for both iOS and Android right off the bat. Spoiler alert, that’s not necessary to find success with your product. Especially if you’re creating a minimal viable product (MVP), it’s often best to develop and test your product on one OS to start with.

The question then becomes, “Do I start with iOS or Android?”  There’s no cut-and-dry answer to this. But there are key factors you should consider to guide your decision.

Let’s take a closer look at how to decide between iOS and Android when starting a development project and explore some differences between the two platforms.

How to Choose Between iOS or Android

Every development project needs to start with a proper discovery stage. During it, you’ll conduct research on your demographic, outline your initial feature set, and define who will be responsible for building and maintaining your app. These factors will help guide your decision around which OS you develop your app for first.

The Devices your Demographic Mostly Use

When starting a mobile development project, you’ll first want to develop your app for devices that most of your demographic use. One way to gather this information is by looking at your website analytics and seeing what percentage of your user base is coming from either iOS or Android devices. If there’s a noticeable slant in one direction over the other, you’ll want to start with that OS. This allows you to build, test, and validate your product for the bulk of your user base before developing functionality for the other OS.

To gain more insight into device and product usage worldwide, you can also access any publicly released data from analytics companies such as Mixpanel. These companies can aggregate a lot of helpful information to help you better understand your target market and their preferences.

Your Feature Set and Functionality

Before deciding between iOS and Android, you need to understand how complex your app will be. You need to figure out if there will be heavy OS-level functionalities specific to one platform or the other. It’s essential to be as clear as possible about what you want your app to do because each OS is unique and can do things that the other can’t. Outline your short and long-term goals, and choose the platform to help you reach them.

The Team Building and Supporting the App

Building and maintaining an app requires expertise and knowledge specific to the OS you’re developing for. Knowing which OS your team’s skills are best aligned with will be a huge deciding factor for which OS you start with.

If your team has iOS expertise but limited experience with Android, it probably doesn’t make sense to develop the app for Android unless you bring in a skilled partner or additional team members.

In the rare cases where hybrid development may be a good fit, you’ll need team members that know web languages as well as native languages. This is because most apps can’t be built with 100% hybrid code. There’s almost always a percentage of an app that needs to be built natively with either iOS or Android to ensure proper functionality. Thus, your team needs to understand the intricacies of your chosen native language to maintain the app as it scales.

Differences Between iOS and Android

Though there are many technical differences between iOS and Android, the sections below will focus on the high-level differences that should be considered before developing your product.

Android Has a Larger Global Footprint than iOS

When looking at device usage across the world, Android has a larger footprint. One reason is that Android devices tend to be cheaper than iOS devices. This makes them much more accessible to a broader demographic. Spending $500–$1,000+ for a new iPhone is just not attainable for many people in emerging countries. Additionally, with so many Android devices on the market, their availability is much greater in many portions of the world.

iOS Development and Testing Are More Straightforward than Android

Since there are fewer iOS devices and versions of iOS to code for, it makes development and testing easier. Apple is more standardized than Android, and they push updates in a consistent way. This means that most iOS users are usually on the latest version of iOS or only a version or two behind. From a development perspective, this allows us to focus our energy on only the most relevant devices and the latest versions of iOS.

In contrast, there are thousands of Android devices with no real standardization regarding which versions of their OS are on their devices. Updates are randomized, and the OS with Android devices can vary depending on the manufacturer. This leads to a lot of fragmentation in the way developers have to build apps to accommodate all these different Android devices.

Testing also becomes a significant challenge with Android due to the sheer amount of devices available. Instead of testing on maybe 10-20 devices for iOS, Android developers need to test across numerous devices with varying manufacturers and carriers. In some cases, there are devices that you can’t even get in the USA which need to be shipped in from overseas for proper testing. Other times, developers will need to work with a device farm to test apps on devices that aren’t readily available.

When Majestyk helped Audiomack scale internationally, we had to ensure functionality across many different devices and regions of the world. Many Audiomack users live in developing countries and utilize technology that would be considered dated. With the use of device farms and a wide collection of rare devices, we successfully brought full app functionality to typically underserved populations.

Android Is More Open and Flexible than iOS

In terms of openness around what you can and can’t do within an OS, Android provides more control. You have a greater ability to build custom firmware, manipulate root applications of a device, and access different APIs or other services that may not be available on iOS. Though iOS has more or less caught up with Android regarding their widget and extension offerings, you still have to function within Apple’s bubble. Android does have certain rules and regulations, but Apple’s tend to be stricter across the board.

With iOS, your default messaging app is iMessage, and there’s no real way to change that. But, with Android, there are several different messaging apps you can use as your core messenger to bring you more control and flexibility.

Planning for Future Iterations of an iOS or Android App

Whether you build your mobile product for iOS or Android first, you always want to consider what future app iterations may look like. You also need to understand the types of devices and technologies your app may be accessed on in the coming years. With so many emerging mobile technologies and connected devices coming to the market, it’s important to consider how your app can grow alongside these technologies.

Luckily, both Apple and Google have already made it easier for you to code apps that are cross-platform within their respective OS. For instance, this allows you to utilize code from an iPhone app to build an iPad or Mac app, which wasn’t the case just a few years ago. Though there will still be interface variations between the apps, this cross-platform functionality will help developers everywhere save time and better plan the growth of their app.

The functionality of an Apple Watch isn’t as robust as an iPhone or iPad. Still, you can do many similar things now across these devices. Previously, you couldn’t stream content directly from your Apple Watch. You had to connect your phone to the watch and stream that way. However, the new versions of the watch allow you to stream directly if you have a cellular or wi-fi connection. This has enormous implications for a variety of different audio and video applications.

Deciding Between iOS or Android Doesn’t Need to be Complicated

Choosing which OS to build your app for first can seem daunting. Fortunately, by looking at the right data and understanding your users, you can make this choice with confidence. Just because you start with one OS doesn’t mean you can’t develop functionality for the other down the line. But, by starting with one, you’re able to test and validate your product before spending the time developing for both platforms. This will lead to a more effective product and ultimately happier users.

If you have any questions or want to learn about how Majestyk can support you on your next product development project, reach out to us today.

Stay in the loop! Join our newsletter for monthly updates on industry news, company updates, recent work and job openings.

Get prepared for some awesome right in your inbox!
Oops! Something went wrong while submitting the form. 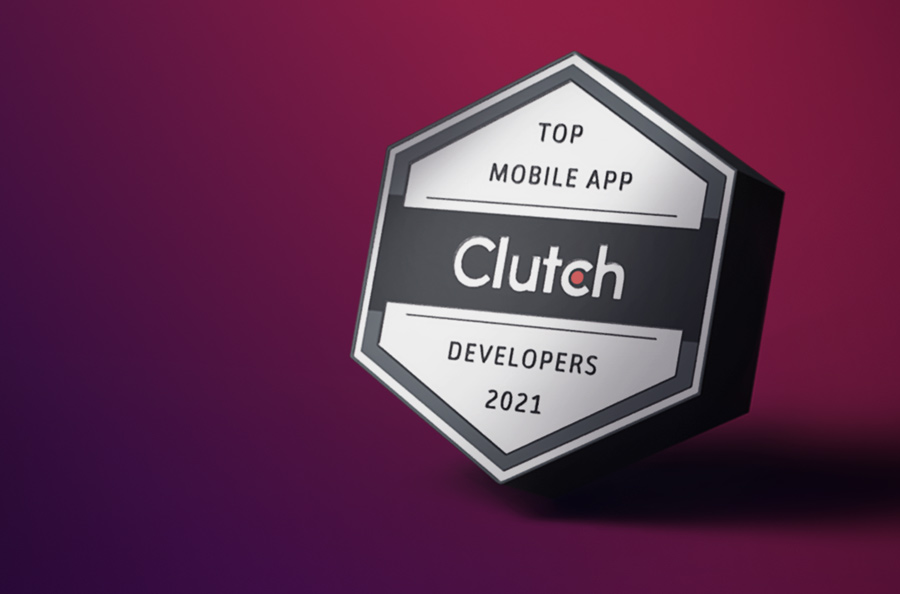 We’re thrilled to announce that Clutch has recognized our hard work as a digital product studio. Their 2021 research shows that we’re a Top Mobile App Development Company in New York City! 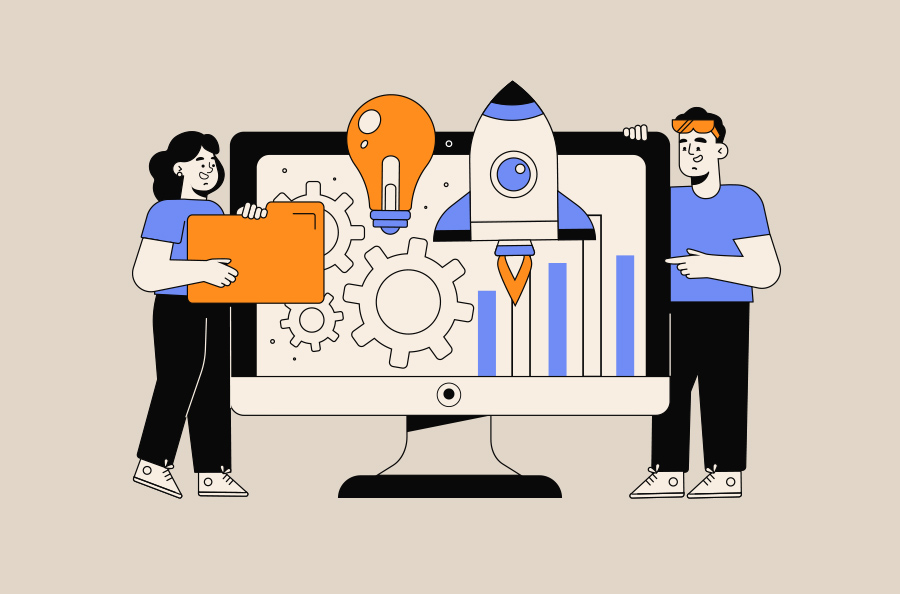 Starting Your Next Development Project With a Minimum Viable Product (MVP)

The sooner you can build a product and get it to the market for feedback, the better you can be at making sure your product meets your users' needs. And this is accomplished by developing an MVP. 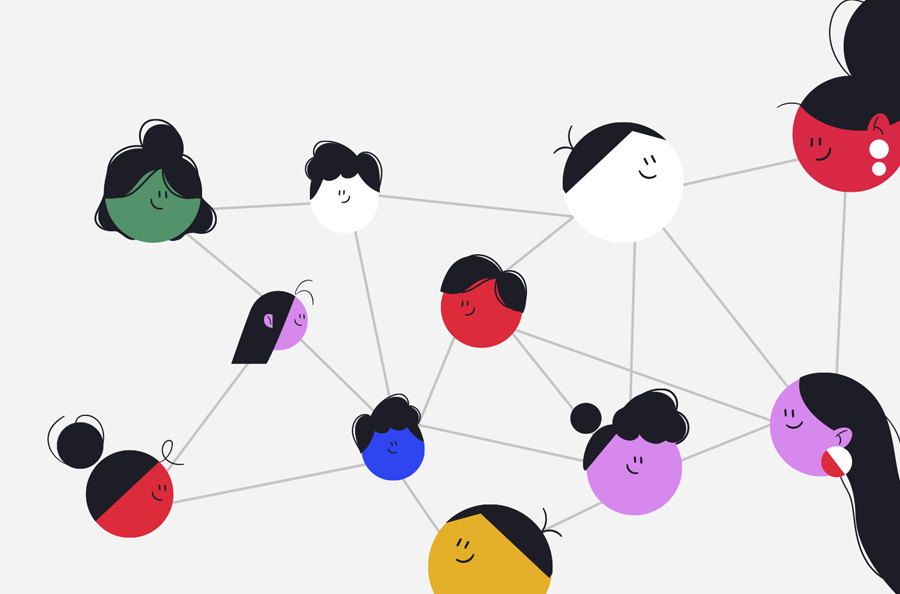 Your Guide for Scaling UX to Millions of Users

Scaling UX to millions doesn’t have to be intimidating when you plan ahead and make decisions that will allow for broader adoption later.

READY TO CREATE SOMETHING AMAZING